On April 13, 1919, the formerly known Turkestan State University, announced the opening of a regional faculty for medicine in Tashkent.

On September 17, 1919, Professor P. Sitnovsky was elected the Dean of the Faculty of Medicine. As well, material and a technical base for the institute were underway.

On September 7, 1920, a decree set in motion the merge of the Faculty of Medicine with the State University.

In 1922, a class of 27 students graduated from the medical faculty.

In 1938, MU Mirsagatov was appointed as the new director of the Institute. During this period, a number of new clinics were financed to include: experimental construction, infectious diseases, oncology, prosthetics, and orthopedics.

In 1940, BI. Berliner was appointed director of the institute followed by RI. Pulatov in 1941.

During the Second World War (1941-1945), more than 10 evacuation hospitals opened up at the institute. A number of faculty professors including; DA Vvedensky, LD Vasilenko, AM Geller, BA Stekolnikov, and others joined the frontlines of the war.

In 1944, Y.K. Muminov was appointed director of the institute. By this time, Tashkent Medical Institute had trained 2,122 physicians and out of them 1,630 were sent to the frontlines of the Second World War. Among them were MA. Ashrapova, M. Muharramov, SAFayziev, NK. Ahmedov, M. Akmalov, U. Umarov, VSKarukhina, LIVaskovskaya, L.E. Stutragatskaya, SA Dopimov, FF Amirov, ND. Makhsumov, NA. Kanbulin, and others.

Following the war, in 1945, Z. Zokhidov was appointed new director of the institute. During this period, a six-year curriculum with refined educational programs was created. The institute was also better equipped with new specialized medical technology.

By 1946, the institute had totaled 2,752 students with classes conducted in both the Uzbek and Russian language.

In 1947, Y. Kh. Turakulov was appointed director of the institute. At the time, major developments in scientific research were conducted in the field of targeted research.

In 1954, the department of dentistry was established.

By mid-1960s, the institute had 57 doctors, 18 honored scientists, 13 doctors of science, and 2 corresponding members. The Academy of Sciences of the Republic of Uzbekistan (AA Askarov, NI Ismoilov) and 2 in the former Soviet Union the full members of the Academy of Sciences (ZI Umidov, EI Atakhanov), 57 professors, 22 of them Uzbeks.

Since 1962, students from Asia, Africa and Latin America were welcomed to study at the Institute.

In September 1965, the academician K.A. Zufarov was appointed director of the Institute.

In 1971, in connection to the appointment of K. A. Zufarov as Director of the Central Asian Medical Research Institute, Academician U.A. Aripov was appointed new director and in position until 1984.

In 1972, more than 10 thousand students were engaged in the 2nd medical, pediatric, sanitary-hygienic, and dental faculties and 1,500 enrolled for 1 course.

In 1961, in Tashkent State Medical Institute there were 22 students from foreign countries, in 1980 their number exceeded 170.

During this period, the Institute improved the educational, methodological, scientific, state and international relations. The Institute established cooperation with leading medical institutions in Hungary, Germany, Poland and Russia.

In 1984, O.S. Mahmudov was appointed director of the Institute.

In 1987, Professor Nikolai Shomirzayev was appointed director. During this time, students began to enter leading medical institutes in Russia and Ukraine.

In 1990, the Cabinet of Ministers of the Republic of Uzbekistan established two medical institutes on the basis of the old and new buildings of Tashmi in Tashkent: the first Tashkent State Medical Institute and the second Tashkent State Medical Institute. At the first institute were faculties of medical and dentistry and at the second institute were faculties of medical and sanitary-hygienic.

In March 1992, the first branch of the Tashkent State Medical Institute in the city of Urgench was established. As well, in the city of Fergana, at Fergana State University, a Sanitary and Hygienic Faculty was created. Later this center became a branch of the Second Tashkent State Medical Institute. In 1998, the faculty expanded to become a center. Both centers began training general practitioners in 1998. In 2000, a Master’s program was created for the training of highly qualified scientific and pedagogical staff and medical specialists.

On July 19, 2005, the President of the Republic of Uzbekistan I.A. Karimova mandated Decree No. UP-3629 establishing present-day Tashkent Medical Academy. Accordingly, this would improve the quality of training of highly qualified medical personnel throughout the nation through an effective organization of the educational process by abolishing the separate First and Second Medical Institutes to form a unified institute with new content based on the latest educational technologies for future professional medical practices. 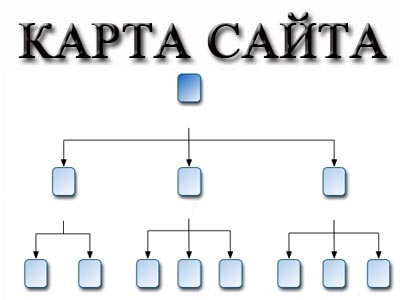